Trip to Metula - the most northern settlement of Israel

Old houses, picturesque courtyards and close proximity to the Lebanese border make a trip to Metulla (the most northern settlement of Israel) exciting and memorable. This small town will be interesting even to those tourists who have already been to these parts.

We offer you to drive along an exciting route, which ends with a walk to the Source and the picturesque park, which is located nearby. 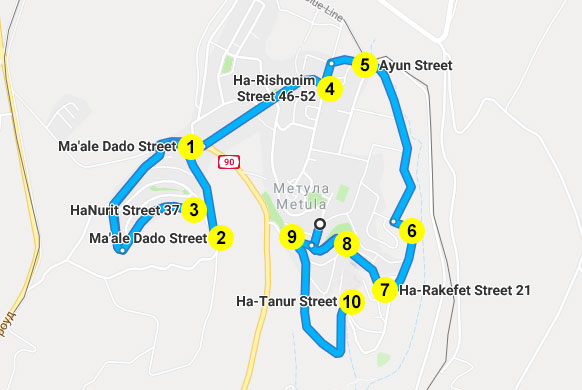 Turn off Highway 90 in the direction of Metula. After entering the settlement gates, continue along the highway towards the north.
This section of the road is named after Brigadier General Erez Gerstein, who was killed in Lebanon in 1997.
Move to Maale Dado Street (1). At the intersection of Route 90 and Maale Dado (1), turn left and go to the end of the street (2). In February and April in these parts you can enjoy an abundance of blooming irises that grow right on the sidelines. And on the observation platform, to which our route will lead you, you will have a breathtaking view of the surroundings.
The site was built in memory of David "Dado" Elazar, Chief of the General Staff during the Doomsday War. In the 1960s, he was the head of the Northern Military District of Israel. In this rank, he participated in a naval battle with Syria, and commanded the forces of the IDF in the Six Day War.
From the observation deck, you can admire the wonderful landscapes: the Ayun stream and the Tanun waterfall, the Hamamis ridge in Lebanon, which rises to the Shiite village of Al-Khiam and the two twin elevations of Jezine and Nita, which, when it snows, resemble the Swiss Alps.
In the distance, in the north, you can discern the city of Baruch, known since the first Lebanese war. The Ayun valley is a little closer, where a large number of eucalyptus trees indicates the proximity of the Nahal-Ayun source. On the ridge on the left are the Christian cities of Marjoun and Jadida.
From the observation deck we return to the main road. Turn left toward the west. After about 100 meters you will find yourself at a circular intersection, where you need to turn left and go up to Maale Hazfiya. Cherry trees are planted here along the street. In late March - early April, they bloom, and a little later you can see the berries themselves.
At the end of the Maale Hazfiya sharply turns left onto HaNurit street. It ends in a dead end, but there is a water tower (3), rising to which you can see the Beaufort fortress, located on the western cliff of the Litani river, and behind it Ramat Arnon.
We continue the journey down the car.
We return to the street Maale Erez and at the intersection with the street Azim turn left (north-east). Go straight until you see the police station to the left of the road (4). Next to the police building, turn left (north) to Ha-Rishonim street and after about 100 meters turn right (east) towards the Weiss forest and the entrance to Nahal-Ayun park. After 200 meters you will find yourself at a circular intersection near the eucalyptus grove (5). This is the Weiss grove, next to which is a monument to the 12 artillery soldiers killed here in 1985. A trap truck exploded near their transport near the gates of Calvary in Metulla.

At the roundabout, turn right (south) and go parallel to the ring road. On the left, on the other side of the fence, is the Ayun waterfall. On the eastern side of the river is the border between Israel and Lebanon. On the western side of the border is the Lebanese Israel-paved road and Hezbollah’s yellow flags spread along it.
Then the road turns sharply to the left (east), and to the left of the bend is a large mill (6). After turning, the road leads to the intersection with Hazafim Street (7). Turn right (west) and drive to Maayan street. Turn left (south) and again left to Mizpe Naftali Street, which is part of the main street of the settlement. Next to the statue of four apples, passing by the caravans, turn left again (east) to the parking lot next to the Source (8), where the trip ends.

Walking tour through the spring park

We park the car and walk along the signs to the beautiful Source. To connect

HolylandCars has contracts with 365 rental companies and international brokers. You always get a low price and transparent booking conditions

Customer service center working 7 days a week. We will solve all your problems and take care of your comfortable stay anywhere in the world 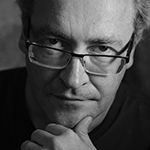 Do you have questions or would you like to book a car?
Fill out the form and we will contact shortly:

More news, events and discounts on our Facebook page

All your personal data is securely encrypted SSL

©2015-2022 HolylandCars - Worldwide car rental services. All rights reserved and belong to the Hollyweb


© 2015-2019 HolylandCars - car rental services in Israel. All rights reserved and belong to the Hollyweb company.